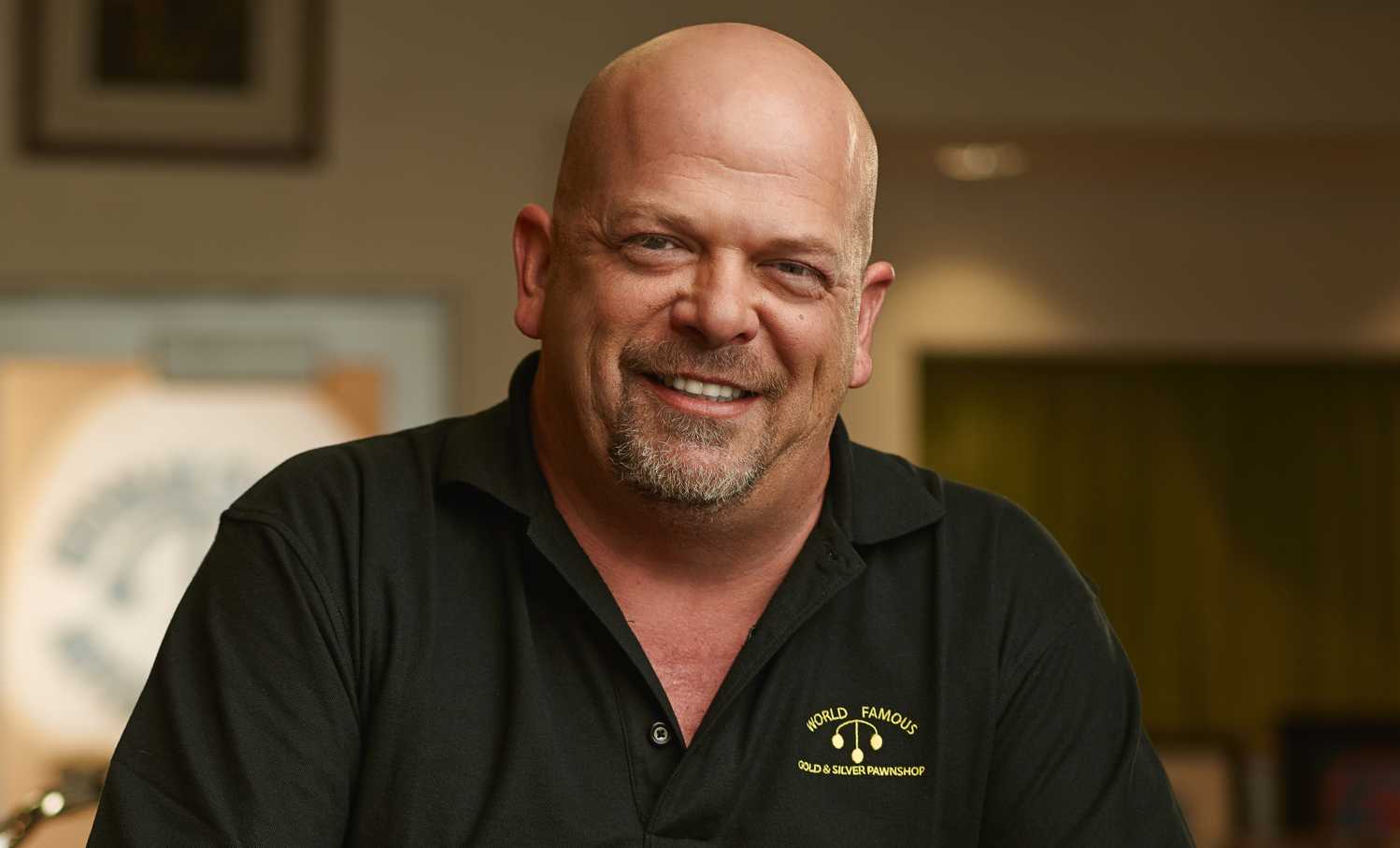 Richard Kevin Harrison or Rick Harrison is a famous TV celebrity starring on the History channel’s show named Pawn Stars. Since the show’s onset in 2009, Rick Harrison has been the frontman in buying and selling rare books. Rick handling the business by purchasing books at the right price and selling them for their actual worth captivates the fans.

Furthermore, Rick is a businessman and the Gold & Silver Pawn Shop owner, so Pawn Stars exists. This native of Lexington, North Carolina, who gave birth to The Pawn Stars, is 56 years old. During 56 years of life, Rick has seen plenty of success in his career but little in his married life.

Behind all the success, the Pawn Stars’ star has lived a complex love life full of ups and downs. To this date, the 56-year-old American businessman has had three wives. Let’s learn about the ex-wives of Rick Harrison.

There is no information about Kim Harrison‘s background, and family is available despite coming to the limelight. Kim is one of the first ex-wives of Rick Harrison. But Rick’s ex-wife is not to be confused with the successful author Kim Harrison as they share the same name.

Regardless, Kim became famous because she was once the wife of Rick Harrison. Kim and Rick tied the knot in 1982. It seems that their marriage secretly took place. But at that time, Rick was not a famous TV personality. By the time of their marriage, Rick’s father had only just established the Gold & Silver Pawn Shop.

Rick and Kim first met each other in high school. Rick was 17 at that time. Furthermore, he impregnated his then-girlfriend Kim. However, it was a case of miscarriage. At the early age of 18, Rick decided to marry Kim, but it did not last long.

Corey now helps his father run the famous shop, and Adam used to help his father but soon decided to become a plumber as he dislikes fame.

What is Kim Harrison Doing Now?

Just like her life before marriage, Kim’s life after divorce is still unknown. Kim likes to stay away from any spotlight and is maintaining a shallow profile status. Thus, not much information is available about Kim Harrison. We can only guess that Kim is the same age as Rick, which is 56. Her new marriage and life are unknown to the public, whereas Rick has already married twice after Kim.

However, she does still appear on Corey’s Instagram. The pair of mother and son still seems close to one another. Corey uploaded a photo in a post saying ‘mommalove.’ Thus, Kim still has her love for his sons.

Like his first ex, his second ex is no different, considering her presence on social media. Among the ex-wives of Rick Harrison, Tracy is the second one. Tracy Harrison was able to get public attention only through her husband’s fame. But according to IMDb, Rick’s second wife used to be an actress during the 80s. Having previously appeared in The Red Shoes (1983) and Puss In Boots (1982), Tracy is no stranger to the movie industry. Though she never had any significant role, Tracy had a little screen time as a local citizen or shopkeeper.

Despite being a former actress, she has never appeared in Rick’s television series. Regardless, Rick and Tracy’s marriage details, like photos of the wedding and venue information, are yet to be disclosed. Soon after Rick’s first divorce, Rick again went to marry Tracy a year later.

In 1986, Rick and Tracy became an official couple. Tracy has also made quite a few appearances in public with Rick, especially during the events.

Sadly, things came to an end for them as well. In 2011, the Harrison couple split after staying together for 20 years. The reason might be Rick’s busy schedule, but he is still quite not sure.

Nonetheless, Rick welcomed a child named Jake Harrison with Tracy. Jake has yet to make a public appearance in his father’s TV show. But it appears that Tracy has completely vanished after the divorce.

As of now, Rick Harrison is married to his third wife, Deanna Burditt.