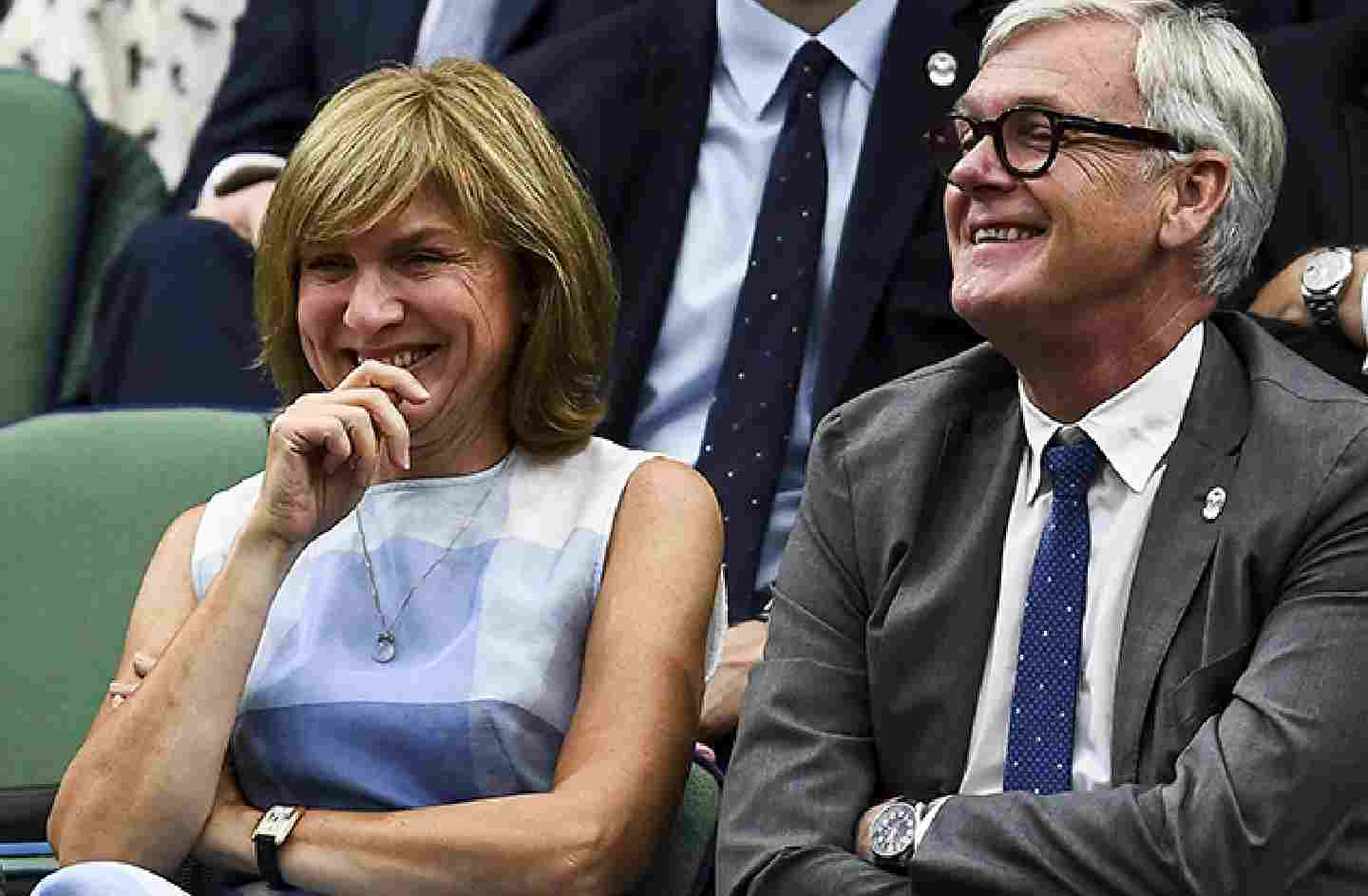 Fiona Bruce is a 57-year old Presenter, Tv, and Media Personality. She holds the unique honor of being the first woman to anchor BBC News at 10.

Since then, she has also featured on news shows like Fake or Fortune and Crime-watch. Two years ago, she was approached by BBC one to be the lead anchor on Question Time.

Is Fiona still married to her husband, Nigel? This is a position she retained even during the Pandemic when she was opted to work from home like most people. Here’s what you need to know.

Fiona Bruce has been Married to Nigel Sharrocks since 1994.

Fiona and Nigel Sharrocks first ran into each other while both were employees at a British Ad company. Nigel, who served as the agency’s director, was a higher-ranking employee at the time.

It meant that his agency could have been subject to professional misconduct allegations if things weren’t handled correctly.

This is because Fiona was his subordinate at the time. Despite this, the two were able to balance their professional and romantic life.

By July 1994, Fiona and Nigel had been pronounced husband and wife. Their wedding was held in Islington, in the Greater London Area. As of 2021, Fiona and Bruce have been married for 27-years.

Their relationship has experienced a few hiccups along the way.

In 2001, Bruce and her husband came under fire after the former opted to return to work two weeks after giving birth.

She was consequently accused of setting a bad example for women across the country and devaluing the importance of maternity leave. Because of their busy schedules, Fiona and Nigel had to hire a nanny, who helped the couple raise their kids.

Claire has been with them for the past two decades now and is even considered a part of the family. The latest hurdle the two-faced came during the first few weeks of the Pandemic.

At the time, she was very concerned and anxious about her family’s well-being. However, after a while, Bruce started appreciating the value of the time she was spending with her family.

Moreover, she even got the opportunity to spruce up the house a bit. Nigel did not remain idle either as he fixed his wife’s piano. In the evenings, the couple even took the time to walk with their dog.

Bruce also revealed that it was her husband’s job to keep her updated on everything going on in the world of Twitter. This came after she opted to take a step back from the platform.

Fiona and Nigel’s first child, Sam, was born in January 1998. A quick math round will tell you that he is 23-years old presently. His sister, Mia Rose, followed three years later. She was born in November 2001 and is set to turn 20 later in the year.

Once she had kids, Bruce revealed that she tried to limit her schedule to spend more time with her family.

However, we should point out that Fiona did spend prolonged periods away from her children after she was brought on to work on Antiques Roadshow. Bruce revealed that anchoring the show became a big adjustment for Fiona and her family in an interview.

Who is Nigel Sharrocks?

Nigel Sharrocks is an English entrepreneur and celebrity spouse. He was born back in 1964 in August, which means that he’ll turn 57 next month.

Presently, Nigel serves as the head of Local Planet. The company has been described as an International Consortium that deals with various media agencies, mainly from Asia-Pacific.

With more than two decades worth of experience in advertising, Nigel has found employment at several different organizations.

These include companies like the Aegis Group and even Grey Advertising. Perhaps his most memorable stint came as one of the top figures over at Warner Brothers.

Under him, the studio produced gems like the Matrix trilogy and even birthed the Harry Potter Cinematic Franchise.