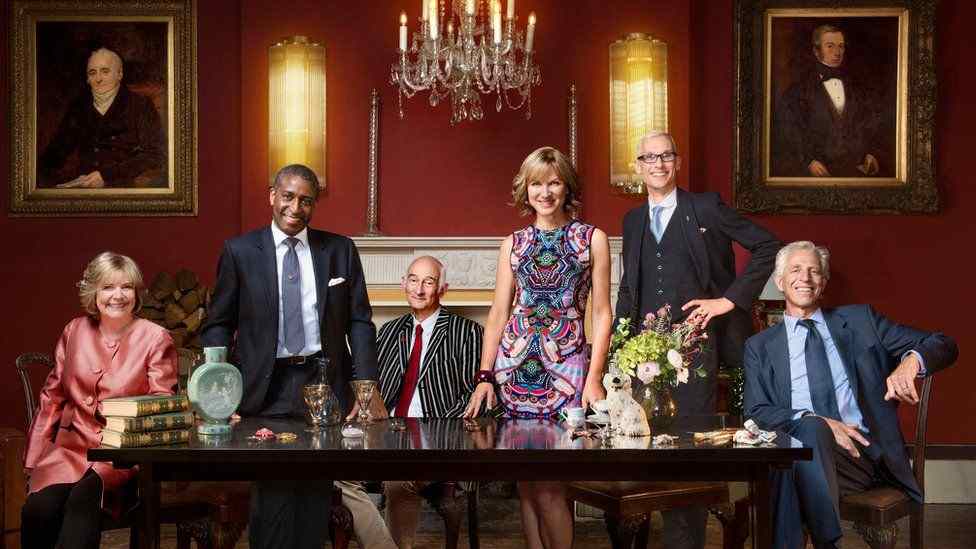 Antiques Roadshow is a long-running BBC show that follows the travails of antique appraisers as they roam the different corners of the United Kingdom. They visit a town, and the locals come in to have their antiques appraised by the experts from the show. Antiques Roadshow has been around since 1979 and has had several hosts on its helm through the years. Let’s find out the presenters of Antiques Roadshow to date.

Here is a list of the presenters of Antiques Roadshow through the years, in chronological order:

Bruce Parker is the first presenter of Antiques Roadshow when it first aired in 1970. Parker collaborated with Robin Drake in creating the show. The first episode presented by Parker aired on February 18, 1979, and was filmed in Newbury. The creators of the show resolved to make it a traveling show as requested by the viewers.

Bruce Parker stayed with the show for one season and eventually left it sometime in 1979 for unknown reasons. In addition to his television jobs, Parker is also a radio host. He was the host of South Today on BBC for 35 years. The renowned host retired from his television and radio career in 2003. However, he spends his retirement years being productive by managing several charities and foundations.

Angela Rippon is a TV journalist, host, and writer. She replaced Bruce Parker as presenter of Antiques Roadshow in 1979. She worked as the presenter of the show for only a few episodes. Today Rippon is still very active on television. She is the presenter of Rip-Off Britain on BBC. The renowned TV journalist is also a correspondent for BBC’s The One Show. In addition, she is also the voice of the game master on The Wall, a BBC game show.

Arthur Negus joined Antiques Roadshow as its presenter in 1979 and stayed on until he retired in 1983. Negus comes from a family of antique experts since his family owns an antique shop. He joined the family business when he was only 17 years old. Eventually, the antique auctioneer company Bruton, Knowles & Co. hired Negus for his expertise. Antique furniture was his area of expertise. Negus was the in-house expert for antique furniture on Antiques Roadshow. The celebrated television personality died peacefully in his Cheltenham home in 1985. He had just turned 82 years old when he passed away.

Hugh Scully joined the Antiques Roadshow in 1981 as a presenter together with Arthur Negus. Negus left the show in 1983 to retire and left Scully as the solo presenter for 17 years. Scully left the show in 2000 to join QXL.com, an antique auction company on the internet where he was also one of its creators. Scully also managed a production company for television called Fine Art Productions. He remained active on television until he died in 2015. The longest-serving host of Antiques Roadshow died peacefully in his Cornwall home. He was 72 years old when he died.

Michael Aspel was a newscaster on BBC before he became the presenter of Antiques Roadshow in 2000. He retired from the show in 2008, precisely on its 30th anniversary. Coincidentally, Aspel was also celebrating his 50th anniversary on television at that time. He was 75 years old when he decided to leave Antiques Roadshow, and he was finding it more and more challenging to travel around to film the show. Aspel left the show after presenting 200 episodes and traveling more than 200,000 miles for the show. After leaving the show, he filmed several documentaries. Michael Aspel finally retired from television in 2018 and is enjoying a quiet life with his family.